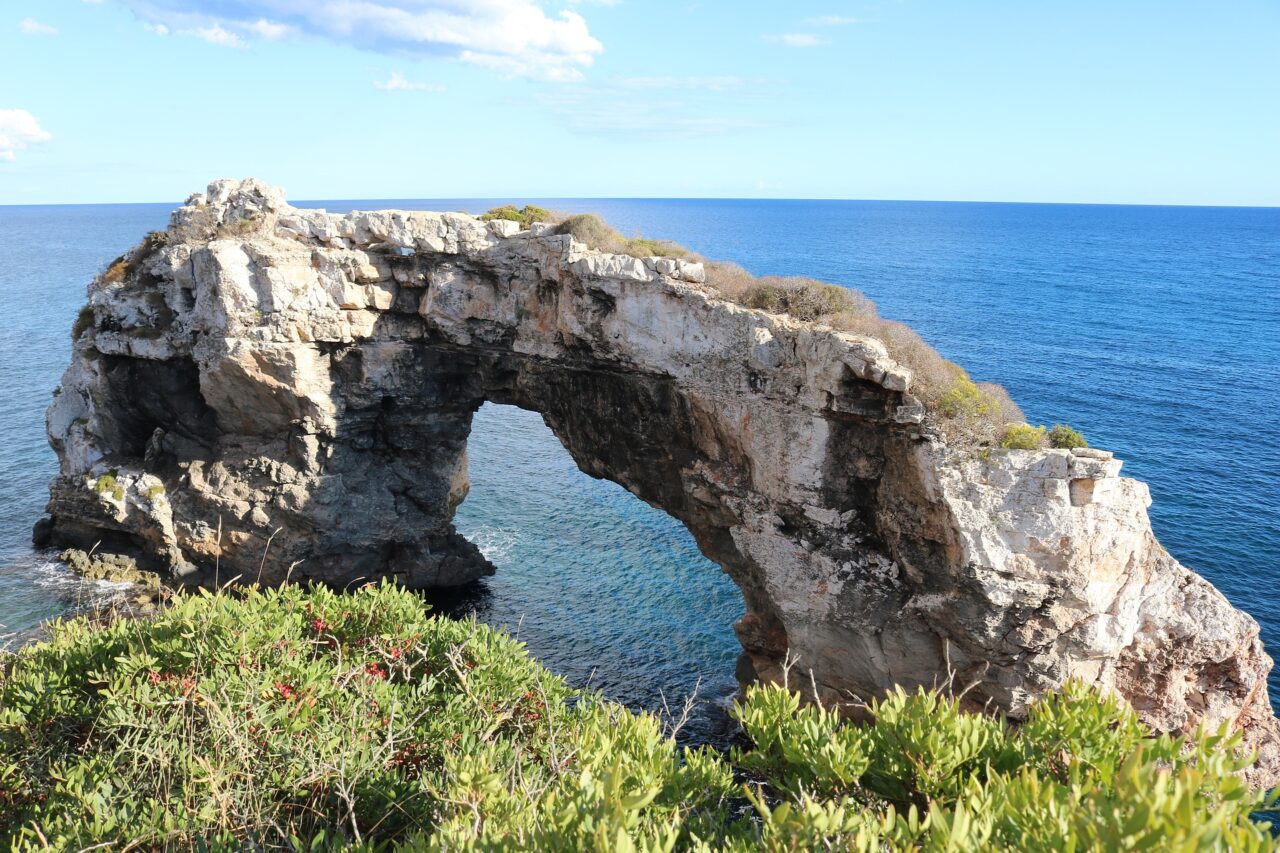 Es Pontàs is an emblematic place of the island of Mallorca and is recurrent in the postcards of the most beautiful places of the Balearic Islands.

Es Pontàs is more popular than other natural monuments of the island such as Ses Fonts Ufanes or Es Salt des Freu.

Es Pontàs is a huge natural stone arch located on the east coast between Cala Santanyí and Cala Llombards, a few kilometres from Cala D’Or. Fishing coves and turquoise waters, the best thing about this wonder of nature is that it can be visited at any time of the year.

Es Pontàs is a large natural stone rock that, over the years, has suffered the effect of erosion by the sea and the air until it has become a spectacular natural bridge.

Many of the artists who have spent or lived on the island have been inspired by this gift of nature. An example of this is the Argentine painter Francisco Bernareggi, who included Es Pontàs arch in his collection of paintings dedicated to Mallorca.

Another cultural reference where Es Pontàs appears is the film King Lines, which is about Chris Sharma’s first solo ascent where the monument becomes the co-star of the film.

Chris Sharma is a Californian climber who in 2006 climbed Es Pontàs in the psicobloc modality. He went to the island four times until he was able to record all the movements that appear in the film.

The best place to enjoy Es Pontàs in all its splendour is the spectacular viewpoint located in Cala Santanyí, from where you can take some unique pictures!

To get to the viewpoint you have to follow some very simple instructions:

The viewpoint is reached from Cala Santanyí. You can get there by car up to the street of Sa Cova des Vell Marí where you will normally find easy parking.

After leaving the car, we go on foot to Sa Cova d’es Coloms Street, where we can see a signpost that directs us to the viewpoint. From this point, we will only have to walk for about 10 minutes.

After leaving the paved road, we will step on a dirt road where, a short distance away, we will come across a sign indicating that we must turn left to reach the viewpoint. The way down is a little uncomfortable but quite short.

To know that we are on the right path, we will look for a figure of superimposed stones with the legend “Projecte Equilibrio Sur” designed by the sculptor Rolf Schaffner, a project that unites southern cities in the world as Santanyí, Cologne or Cork.

The viewpoint of Es Pontàs is small and fenced: it has a cosy wooden bench where you can rest and enjoy the views and peace of this wonderful place.

The great advantage of this viewpoint is that it is not usually very crowded despite its popularity.

How to get to Es Pontàs

The best way to get to Es Pontàs is to leave Cala Santanyí on a road that will not take more than an hour. It is a very easy route that goes through paths with enough indications.

At no time will we walk on the edge of cliffs or anything like that, it is even a route that is recommended for children.

To reach Es Pontàs we must have the parking lot that we find in Cala Santanyí in Sa Cova des Vell Marí Street as a reference point.

Leaving the vehicle there, free of charge and 3 minutes away from the cove, we will see the first sign indicating the direction to Es Pontàs.

Walking from the park, we will reach a crossroads where the direction is indicated by a long asphalt road that leads to a dirt road. This road will fork and a sign will tell us to turn left to reach Es Pontàs.

At certain times of the year, you may find brave people climbing the stone bridge on the inside, as it has become a challenge for climbing enthusiasts.

You can walk around to enjoy other perspectives of Es Pontàs. If you focus your gaze to your left, you will see a series of beautiful cliffs where a 17th-century watchtower called the Torre de Sa Roca Fesa stands out.

You can use this visit to walk around this landscape of cliffs. The environment is spectacular and, although it is not a virgin area, it has managed to preserve the pure essence of nature.

What to visit in the surroundings of Es Pontàs

Here are our recommendations: 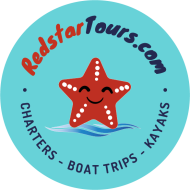